Bergamot Station arts center; a train station converted into an art gallery hot spot was teeming with people for the fifteenth year anniversary as the 30+ galleries coordinated their new shows to open. The galleries are clustered together so it’s easy to hop from one to the next. Welcome to the LA art scene. It’s easy to hit culture overload with all the artists featured. Burgeoning artists throughout as well as some classics.  I choose a few gems from the eclectic choices. Picasso said “Every child is an artist. The problem is how to remain an artist once he grows up”.

My first stop was to visit Christy Rogers at the James Gray Studio.  Here is Christy in front of some of her photographs of the human body that she creates with light, water and movement. I love Christy’s work. There is a deep sensitivity combined with a haunting, compelling visual. 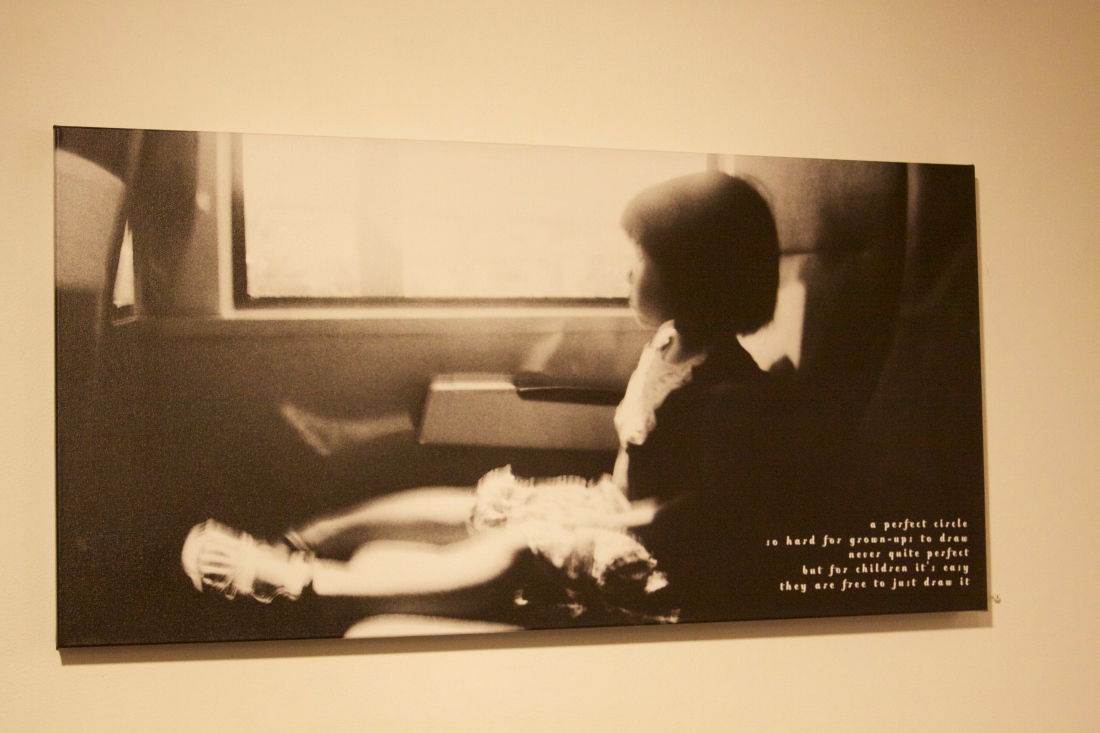 Michael Sagato’s nude. His bio says he has a sometimes distorted view of human psychology, relationships and himself. Welcome! He uses old masters techniques but has a current look to his work. 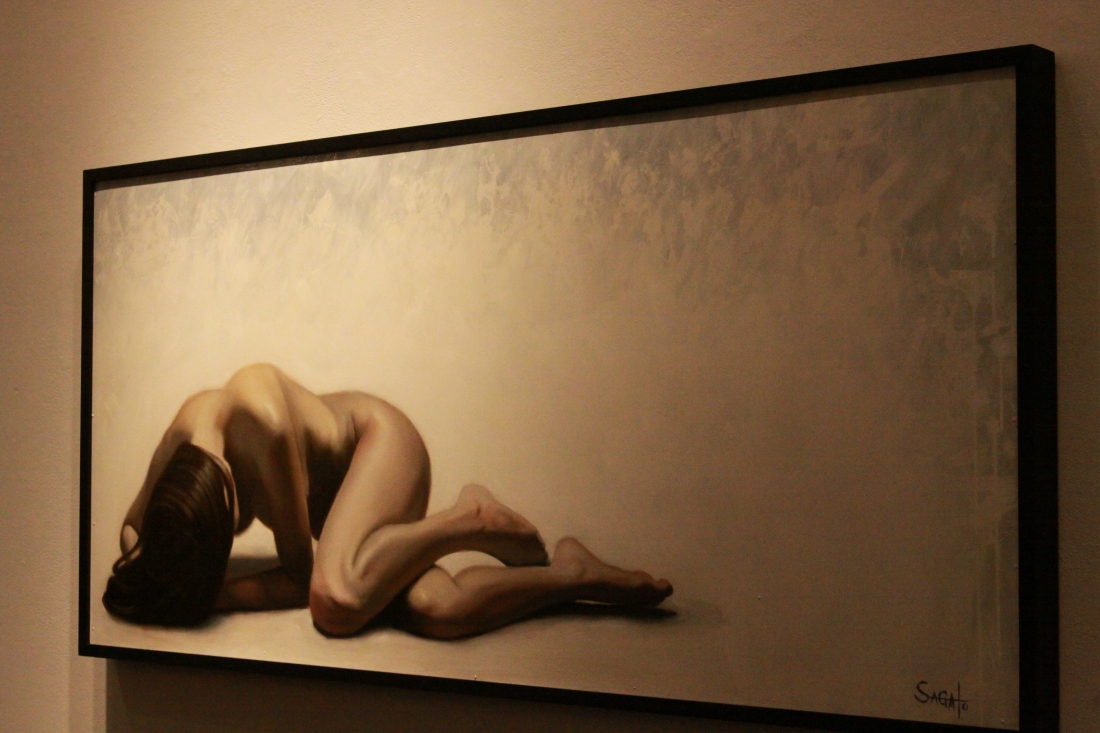 La Dolce Vita, 1950-1660: Stars and Celebrities in the Italian Fifties 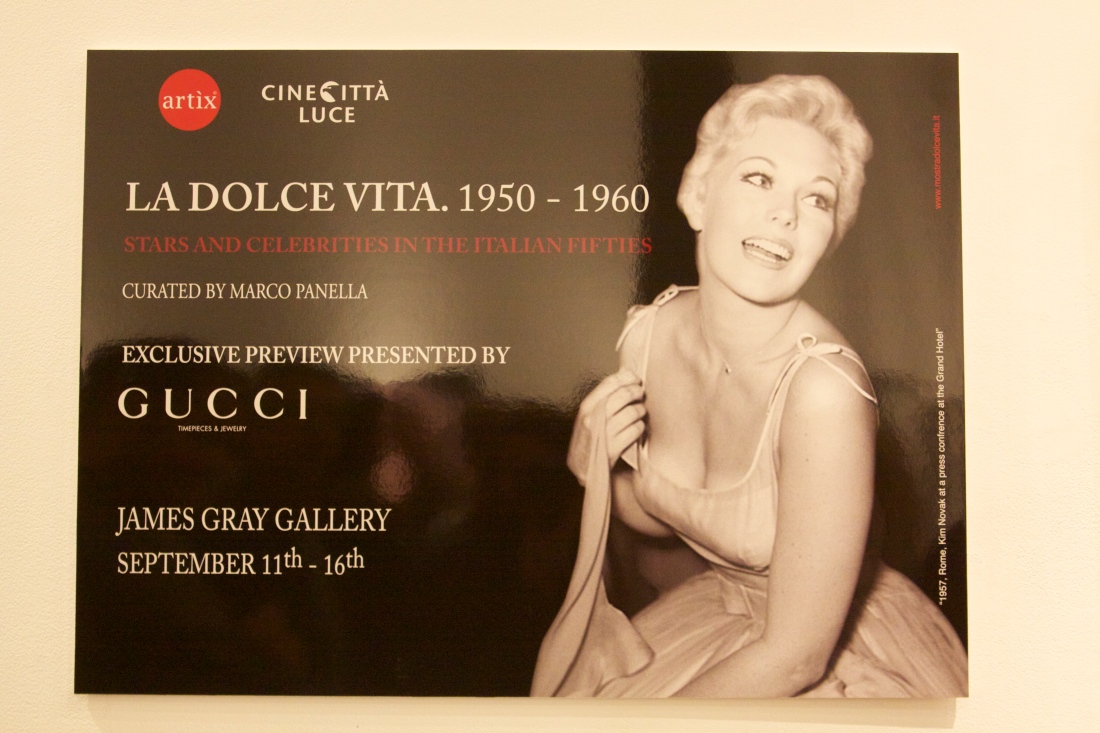 Cary Grant after receiving the David de Donatello for Best Foreign Actor for North by Northwest, sitting next to Sophia Loren and Carlo Ponti. The press was always intrigued by the relationship of Sophia and Ponti. It wasn’t traditional because of their age difference. It seemed they were together for love; what a concept.

Mark Ryden’s trio entitled Blood, Sweat and Tears is an absolute favorite. Ryden’s work is haunting, disturbing, whimsical. He is one of the most celebrated artists of the Pop Surrealism movement. BTW, Ryden painted the cover of Michael Jackson’s Dangerous album which is regarded as one of the most intricate album covers along with Sgt. Peppers Lonely Hearts Club Band.  Apparently it took him six months to complete. Michael had a fascination with the circus and B.T. Barnum. You can see  Barnum’s image on the cover. But I digress. 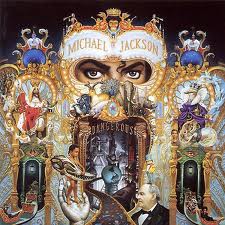 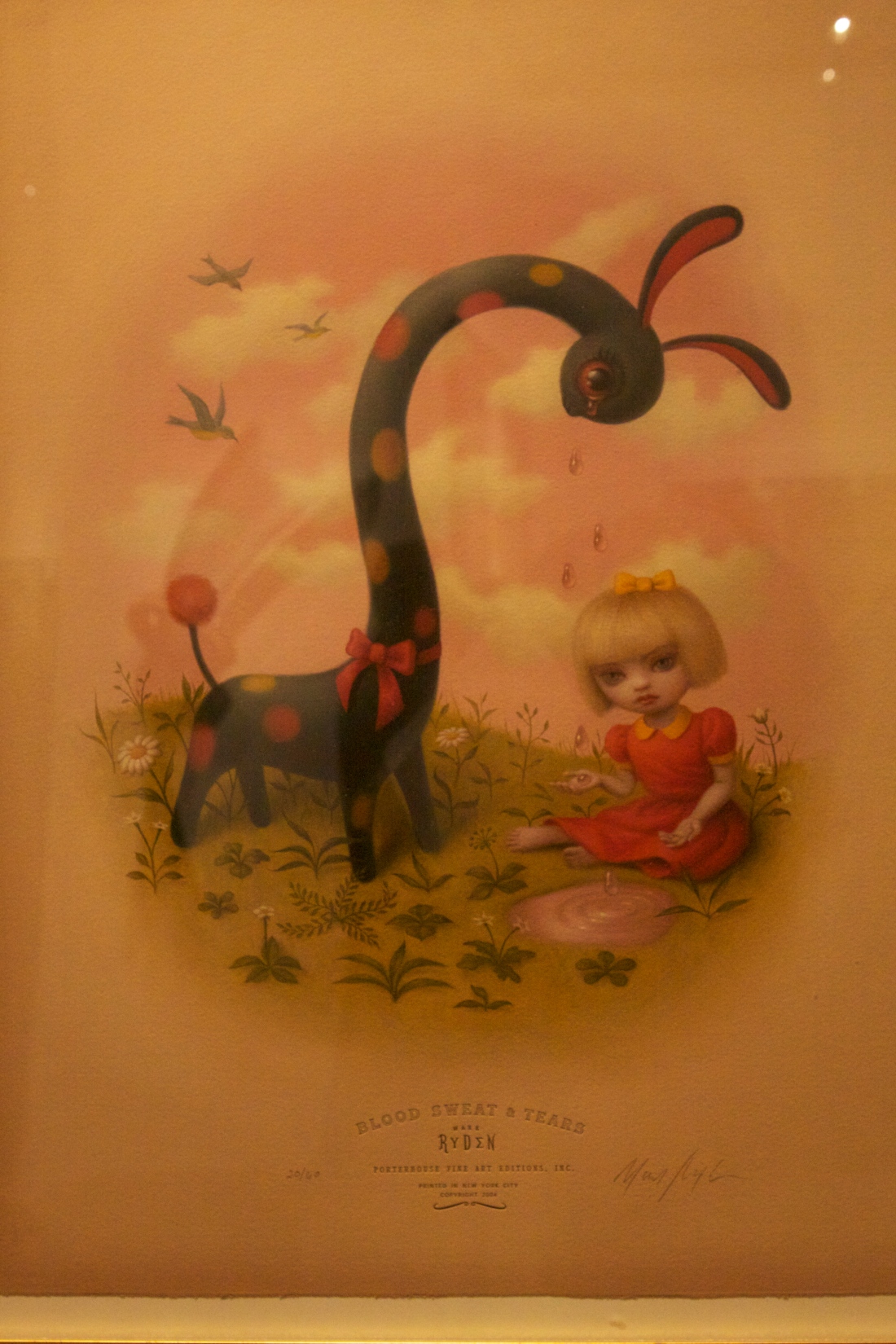 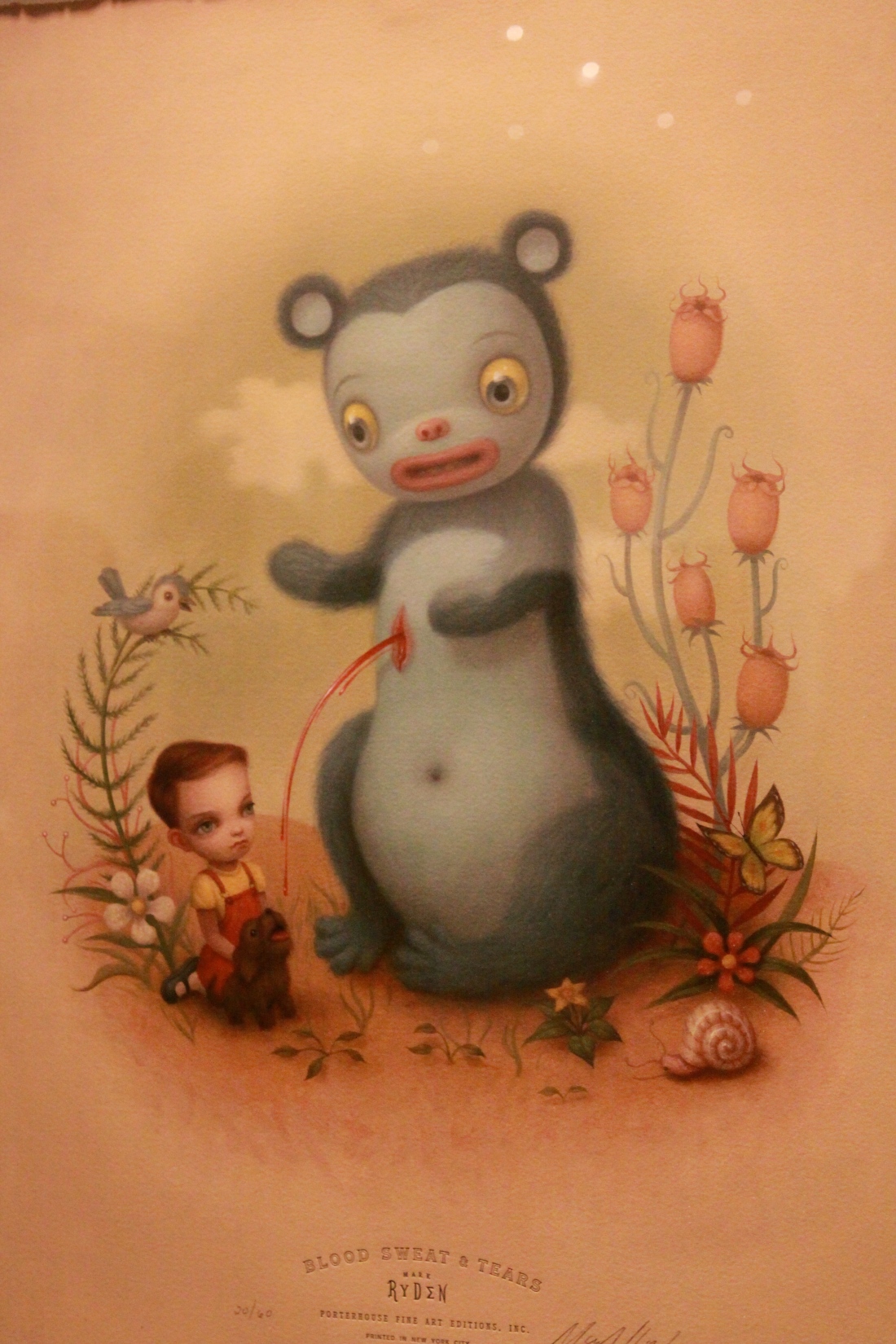 Some more of Ryden’s work: 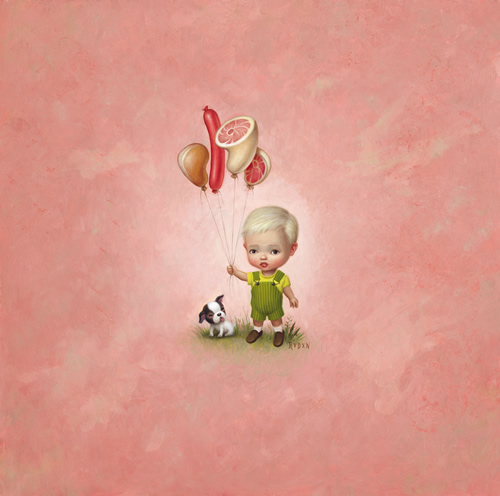 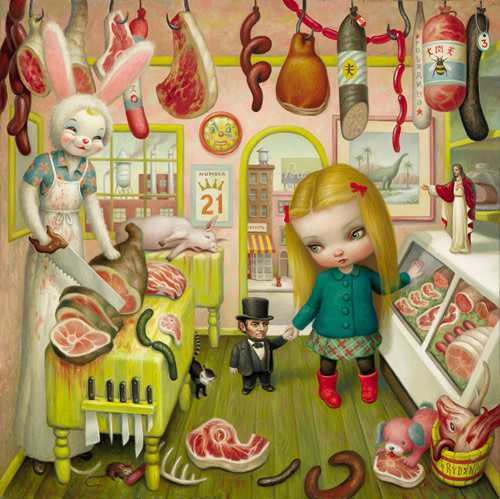 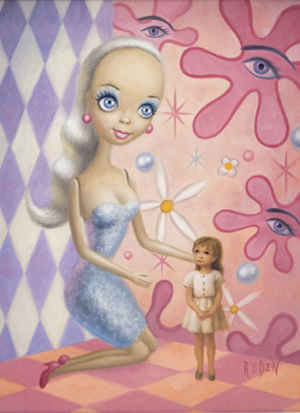 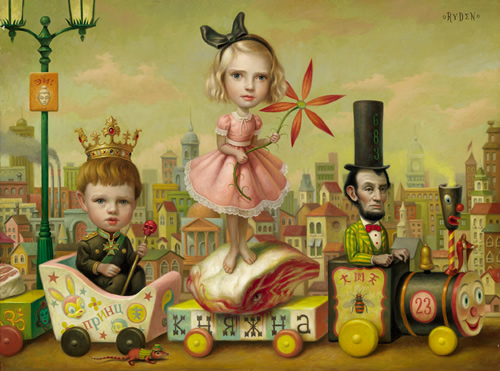 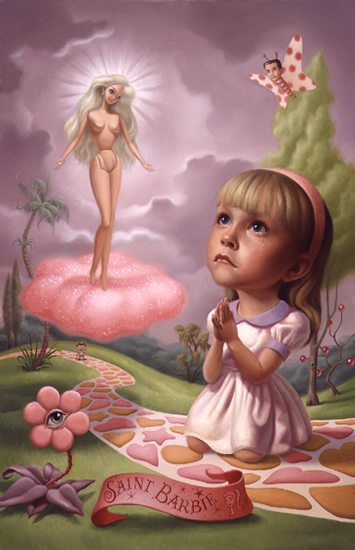 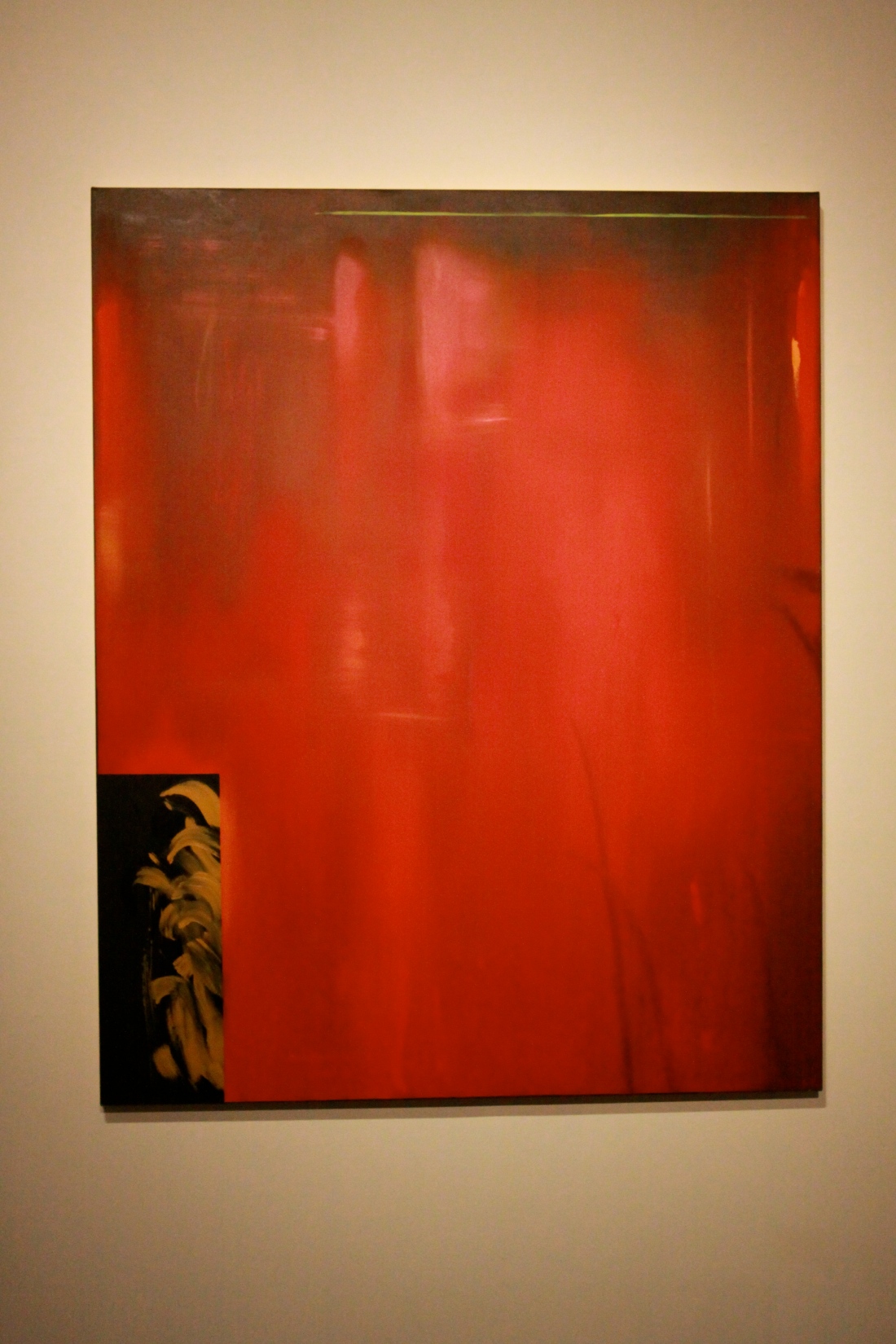 At the Latin America Masters :  Cuban painter Jose Bedia’s Nos Nkunia. Bedia is known for combining fine arts with the vernacular language of folklore. There is a complexity to his work. 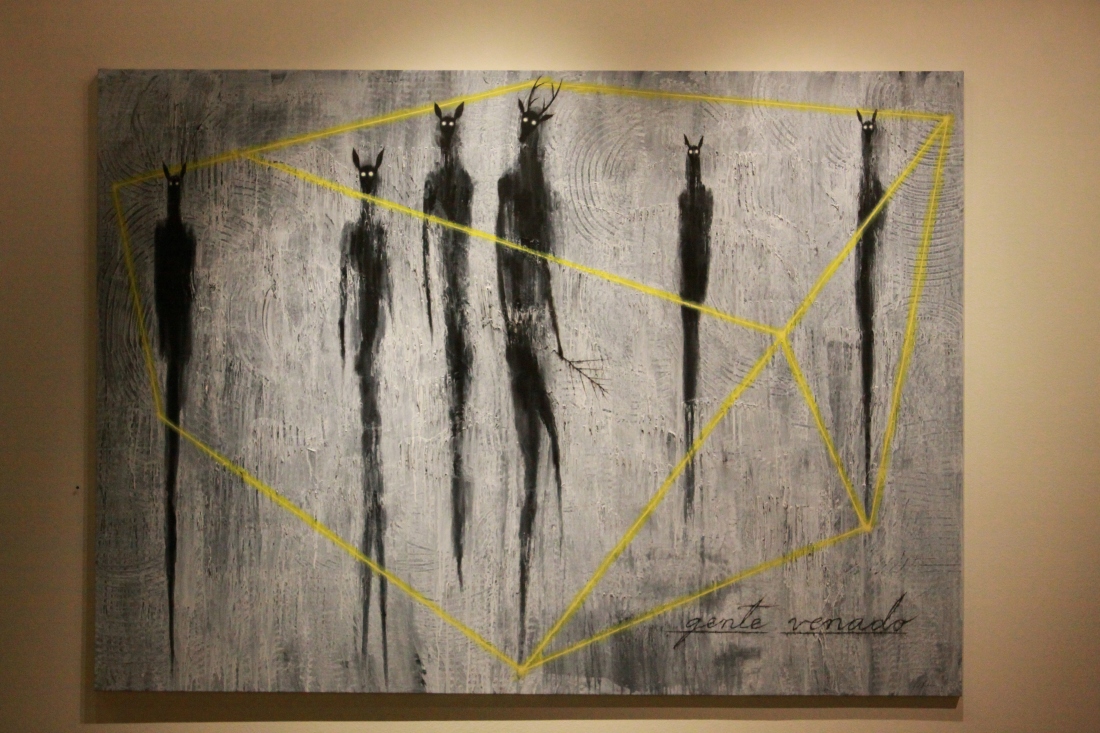 I visited William Turner’s Gallery in Santa Monica at the Bergamot Station Arts Center for the opening of Suzan Woodruff’s latest series.We are blessed in Los Angeles. Endless galleries all over our city such as William Turner’s filled with inspiring, thought provoking art.

William Turner has been discovering emerging artists since he was the intermittent art editor for Venice Magazine in 1993. His gallery is known for high quality work from artists such as Woodruff.

I was asking myself are they landscapes, oceans, skies?  Her art is powerful and zen simultaneously. Staring at After Jasper long enough, I began to feel emotions stirring up. Woodruff believes colors have psychological dimensions hence the unconscious triggers ranging from sexual to the sublime. Part of the reason her acrylic paintings have a dreaminess to them is she has a special table that lifts and rotates.

James Hayward paints strictly in monochromes for the last thirty years. His art is definitely a case of Less is More, the aptly titled name of an exhibit in New York at the Janis Gallery in the 70’s, which he was part of.  While he was in Japan on fellowship he became interested in calligraphy. He uses thick paint and wax to create his paintings.