Weißensee Cemetery – I seek out Jewish cemeteries when I travel or cemeteries in general as I find them quieting, peaceful and meditative. Between my love of World War II history and because of my Jewish ancestry I knew I had to spend time at Weissensee Cemetary. I made my way to the Friedrichstraße main station and caught Train S7 in the direction of Ahrensfelde Bhf and got off on the first stop at S Hackescher Market in the direction of Falkenberg. From there, it was 10 stops to Albertinenstr. From that tram, I figured out which direction to walk on Herbert-Baum Strasse and came upon the largest Jewish cemetery in all of Europe. 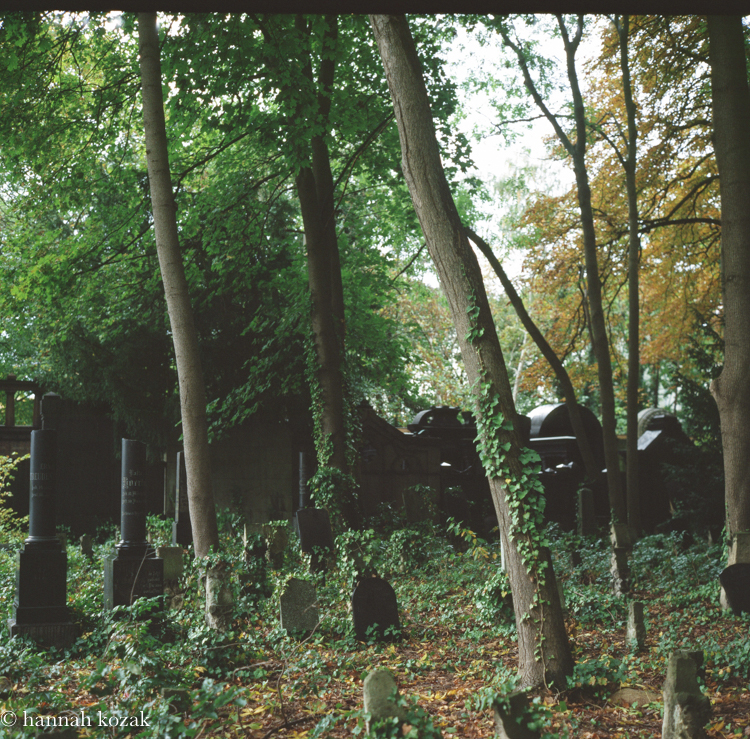 The fact that this cemetery survived during the Third Reich is a miracle in itself. Approximately 115,000 graves are set in over one hundred acres. Crunching leaves rustled beneath my feet as I walked through the graveyard filled with a mix of Italian renaissance and Art Nouveau styles. I viewed sunken gravestones tucked under trees as the rain started and stopped, adding a quiet soundtrack to my much needed solitude. Towards the end of my walk, I sat in a tomb from the 11th century and saw tiny stones and notes, similar to those tucked into the Western Wall in Jerusalem. The entire experience was humbling and offered me time to think and reflect about how temporary our lives are. 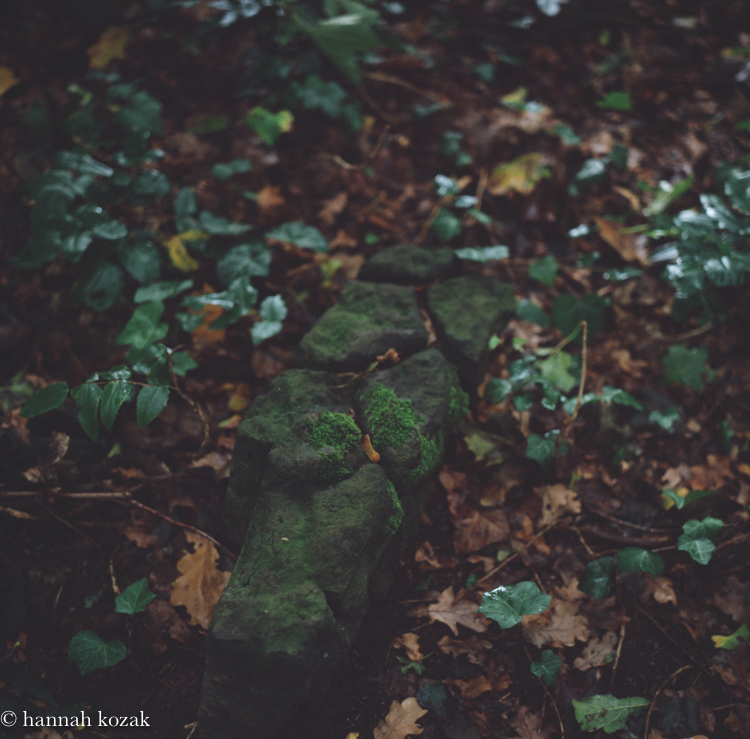 My first stop was Herbert Baum’s grave. Baum was a Jewish member of the German resistance against National Socialism. He organized meetings, along with his wife, to deal with the threat of Nazism. Baum became the personification of Jewish resistance against the Nazis in Germany. Just like my father, Baum was forced into slave labor. He was at Siemens-Schuckertwerke, which today is Siemens AG. He was at the helm of a group of Jewish laborers at the plant who went into the Berlin underground, to escape being deported to the concentration camps. He organized an arson attack on May 18, 1942. This anticommunist and anti-Semitic propaganda exhibition was prepared by Joseph Goebbels at the Berliner Lustgarten. Because the attack was not a full success, meaning Baum only partially destroyed “The Soviet Paradise” exhibit, he was arrested, along with his wife and other members of his group. Baum was tortured to death as was his wife Marianne.

I continued wandering and paused at the outstanding beauty including stunning craftsmanship of wrought iron, mosaics and stone. The early tablets erected before World War I are Silesian Marble or Saxon Sandstone and younger ones were made of Scandinavian dark hard rock or even artificial stone in the 40’s. I was pleased simply to have found German-Jewish painter and printmaker Max Liebermann’s grave. 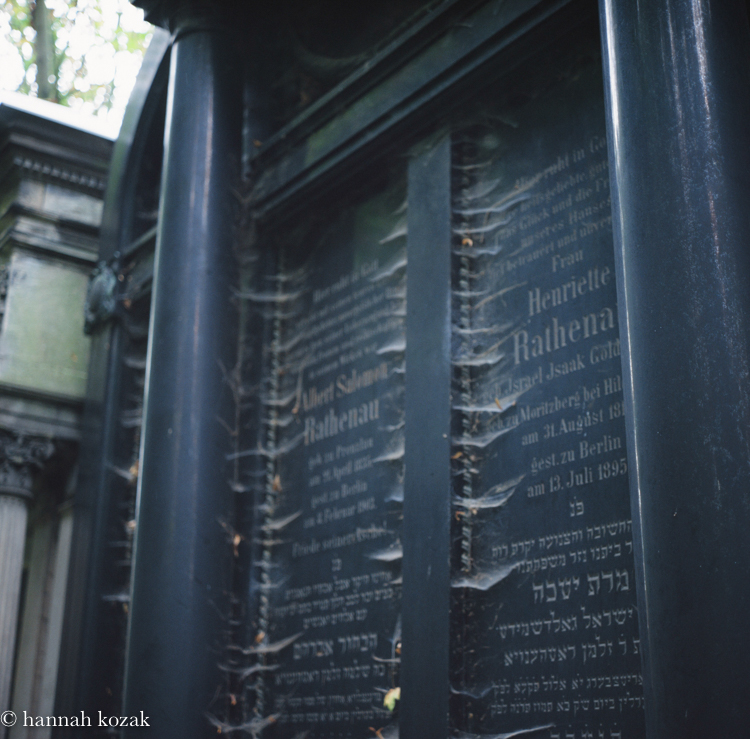 The Department of History of Architecture and Urban Design of the Berlin Institute of Technology, the Berlin State Office for the Preservation of Historic Monuments and the Centrum Judaicum cooperated on a comprehensive project from 2010 to 2012 to document the entirety of the 134 burial fields. I’ve read that there are aims to make this cemetery a UNESCO World Heritage site. Because it suffered almost no damage during The Third Reich, it forms one of the most important and best-preserved Jewish monuments in Germany. 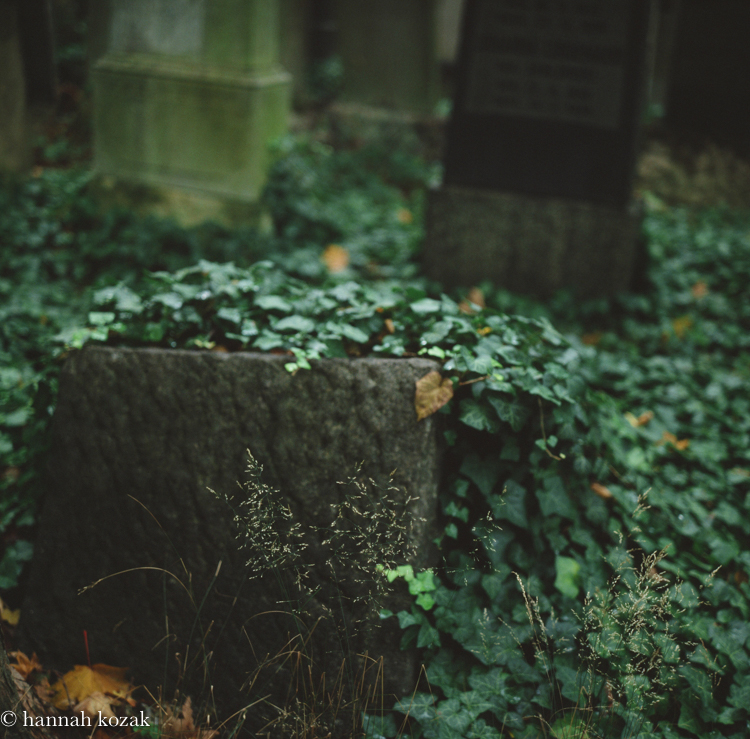 Perhaps because all of my father’s family (mother, father, three sisters, two brothers) were killed at Auschwitz and one brother died in Treblinka during the uprising, and because my family from Poland have no graves at all, I find these graves remarkably beautiful. I see tiny stones resting atop gravestones where people have visited someone from their past and I find beauty in that dignity. 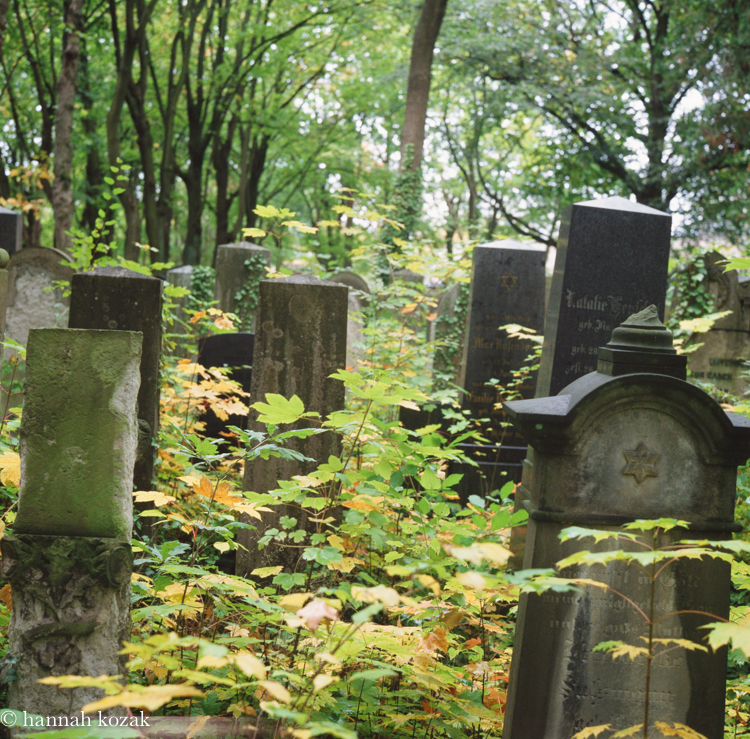 Being at the Weissensee Cemetary offered me a quiet place to take a long walk, a journey into the past. Even if one doesn’t have family there it is a special sacred place to walk, wander, remember and wonder. 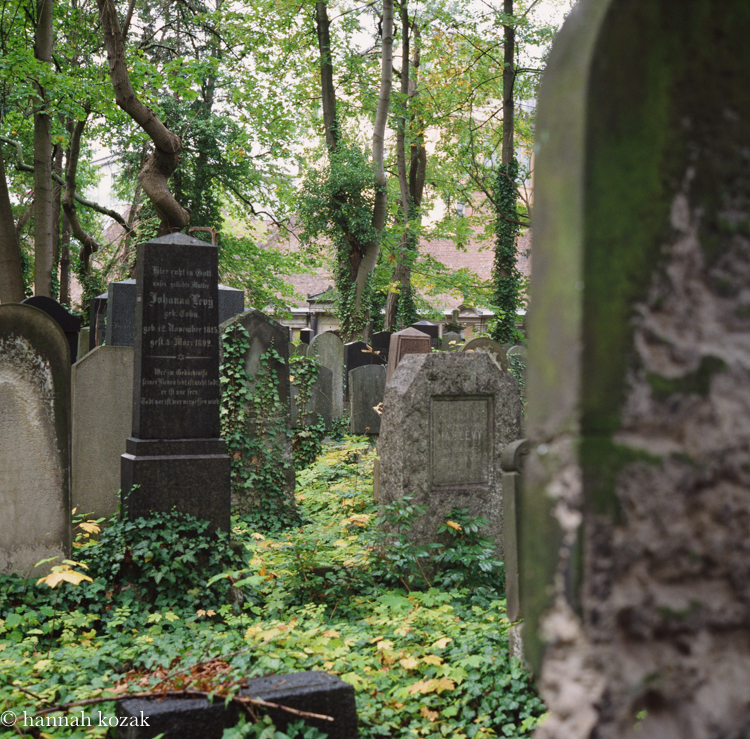 The photos I’ve made remind me to enjoy the present while I still have my inhale and exhale and to breath in deeply and profoundly as we enter into the Age of Aquarius. We have such a short amount of time here. I hope that these images will remind every one of us to stay present to what’s in front of us, to embrace our changing consciousness in humanity, and remember that we are all going to the same place where death is the great equalizer. 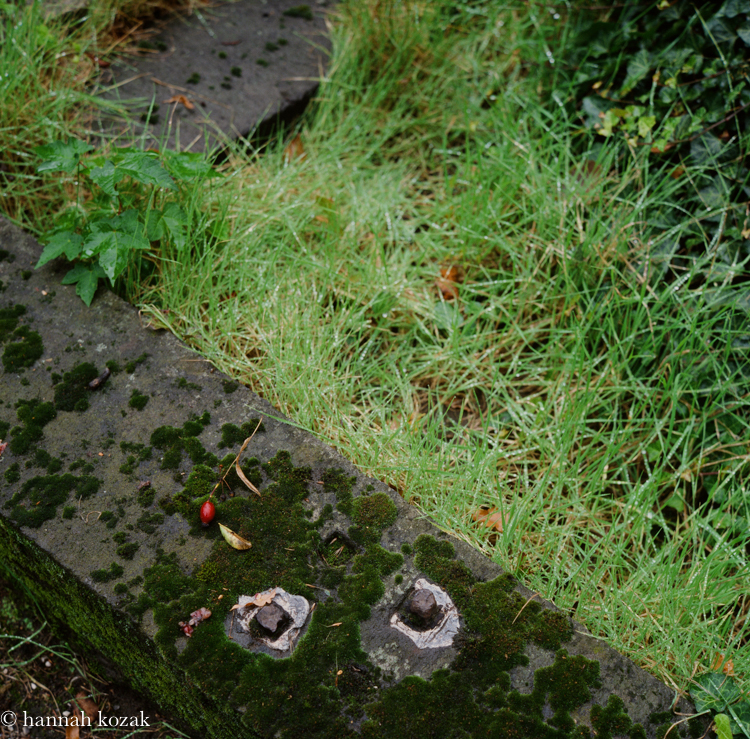 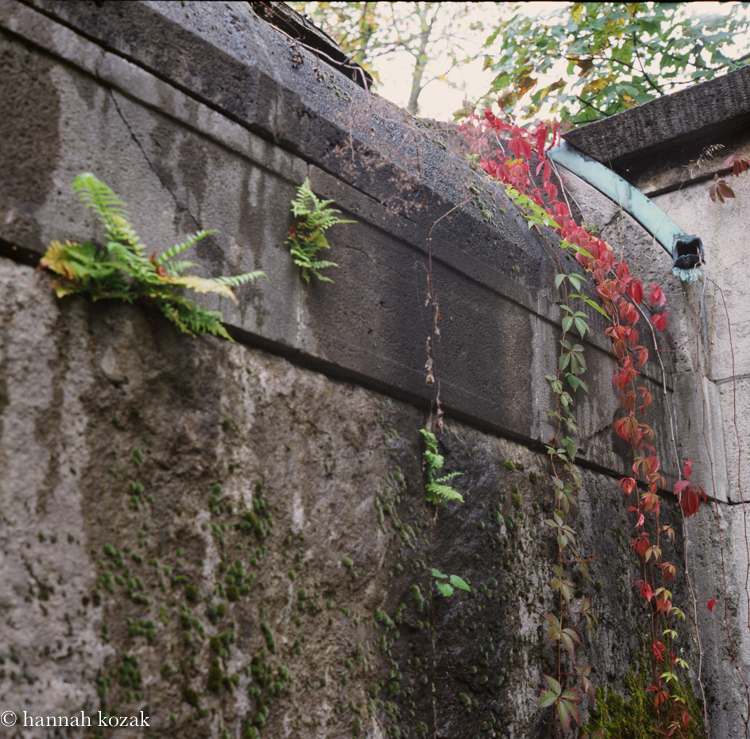 One thought on “Reflections at Weissensee Cemetary – Berlin, Germany” 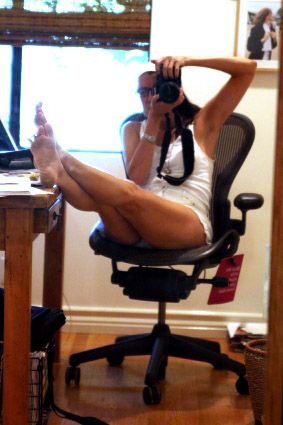 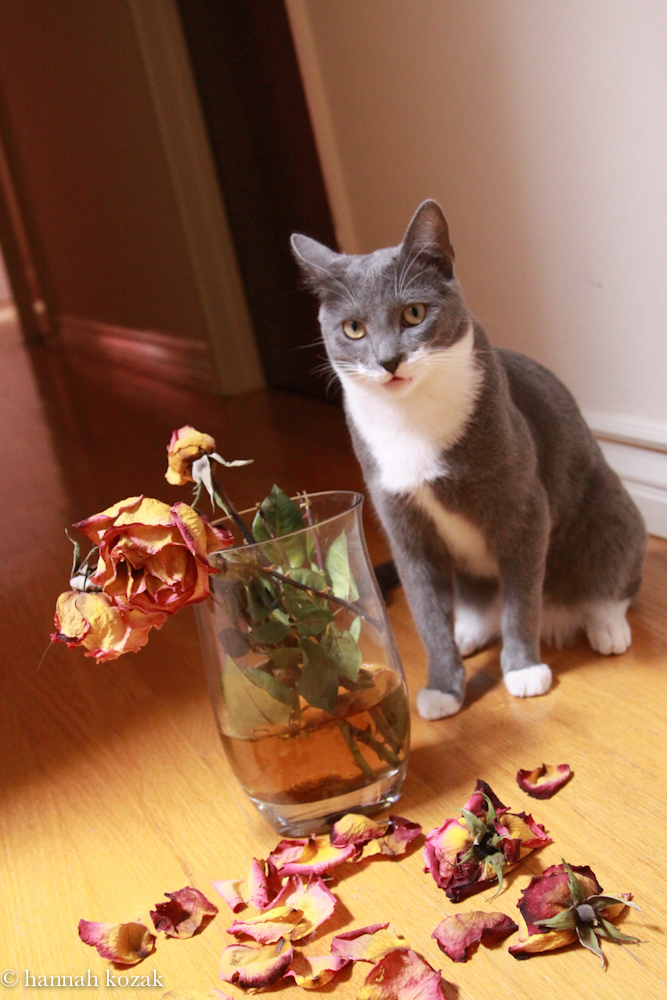 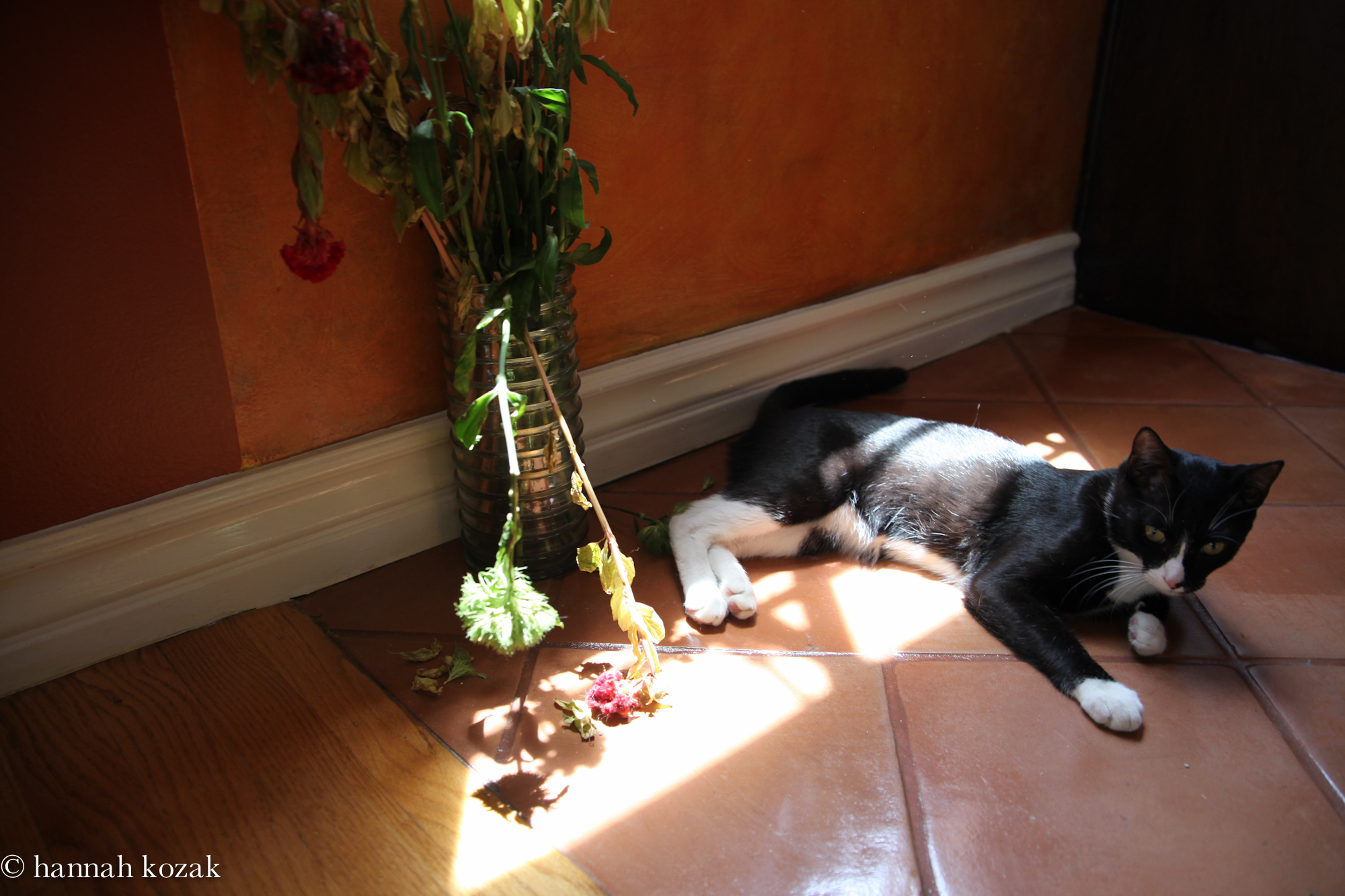